There once was a bold aristocrat –
The history of the Hofgut

The chequered history of Hofgut Georgenthal starts with Georg August Samuel, a bold aristocrat and Count von Nassau-Idstein (1665 – 1721), who in 1692 resolved to have his master builder Friedrich Wilhelm Löner construct a glorious manor house in honour of his ducal lineage.

To ensure his new property got off to a fine start, the surrounding villages had to provide countless plots of land to the count’s estate, which was originally called the Georgenthaler Hof. Thus everyone involved signed a contract that confirmed the new boundary markers, meaning that back then the estate included more than 250 acres of meadows, woods and fields.

In the difficult days following the Thirty Years’ War, in addition to Georgenthaler Hof, Count von Nassau-Idstein founded another five manorial estates or dairy farms (Gassenbacher Hof, Idsteiner Viehhof, Ranstatter Hof, Henriettenhof and Nainhauser Hof). This was also when the village of Georgenborn was founded along with a castle. Georgenthaler Hof stood out for its name – the Count’s first name – as did Henriettenhof, named after the Countess.

From 1692 until 1722 Georgenthaler Hof, as the property of the counts of Nassau-Idstein, came under the latter’s central estates manager. In subsequent years different tenant farmers ran the place on behalf of the counts. From the mid-19th century onwards, the estate passed through various hands until in 1995 the fate of Hofgut Georgenthal took a completely different turn. Indeed, it was acquired by Heinz Hankammer, founder of Wasser-Filter-Systeme BRITA GmbH based in Taunusstein, who thus realized one of his earliest childhood dreams. And the formerly aristocratic property is truly now bound up with the history of the Hankammer family, as for generations they and their ancestors on the father’s side lived in the immediate vicinity. So it seemed obvious to make the estate the new headquarters.

And with the same enthusiasm that Count Georg August Samuel von Nassau-Idstein had had when commissioning the creation of the Hofgut, from 1995 onwards Heinz Hankammer, with his deeply felt local roots, set about breathing new life into the old farm buildings. In 2007, his children Brita and Markus Hankammer took over the Hofgut, which had been operating as a hotel since 2000; they gradually converted it, modernized it, and introduced it to new groups of guests. Today, the 4-star superior hotel caters to and seeks to spoil guests who overnight here or come for conferences, people who want to enjoy the wellness and beauty facilities, restaurant and museum goers (the regional “Limes im Hofgut” museum), golfers, hikers and anglers – simply everyone who wants to enjoy the idyllic peace and quiet away from the hustle & bustle of everyday life. 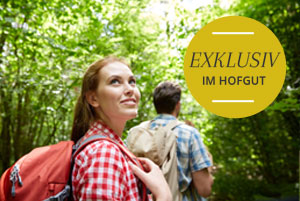 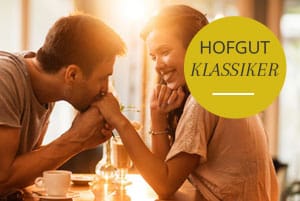